I’m so excited to share my first ever guest post:  (drum roll) Kristen from CLAIMING OUR SPACE  is my trading blogs partner and will be sharing with us today…..

I am so happy to be guest posting over here at Makin My Apt a Home as part of the Trading Blogs party hosted by Serendipity & Spice.  Be sure to head on over to my blog, Claiming Our Space, to see ARod’s post.  It is a good one.  Makes me want to run out and buy a bunch of tubes of Rub ‘n Buff!

I whipped up another piece for our gallery wall this past weekend. A Sea Biscuit Shadowbox! 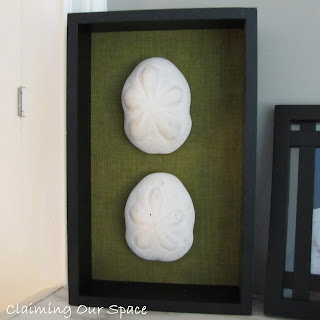 It all started a couple of months ago my mother-in-law showed up with a tin.  When D opened it up, he found two sea biscuits that his grandmother had brought back from Florida over 30 years ago.  She had been toting it from place to place since he was a kid.  (Sea Biscuits are similar to sand dollars but are more puffy looking)

I knew that I had to come up with something special to display them so they wouldn’t live in another 35 years in that tin. Plus, it was a cool old Coca-Cola Santa tin that I wanted to be able to use next Christmas!

First, I had to bleach them.  I added some bleach to warm water and soaked them for 10 minutes.  Once they dried, they were nice and white. 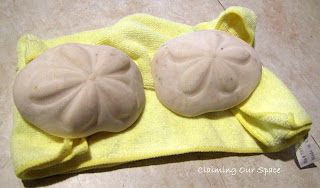 Then it was time to make the box.  Mine was about 7.5 by 10.5.  I cut down some scrap and nailed it together with some brads. 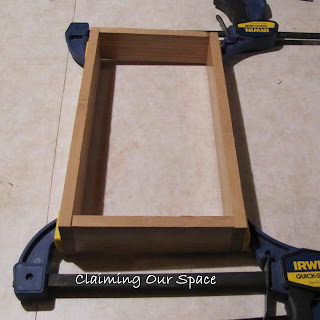 A quick sand then onto priming and painting. 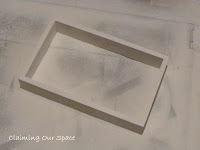 Once everything was dry, I needed to find a backing board.  Luckily I found another scrap piece that would work. 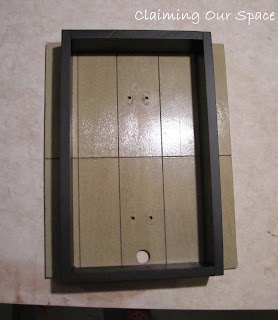 A quick trim and it was starting to look like a shadowbox.  Well, an upside-down shadowbox. 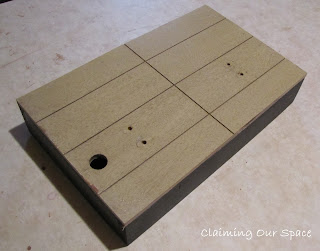 Then it was onto fabric.  First I sprayed the edges of the backer and let it dry.  Then using spray adhesive, I applied the fabric to the backing piece.   Since I wanted to make sure that no fabric could be seen sticking out between the side and back, I trimmed the fabric just a bit, then let it dry for about an hour. 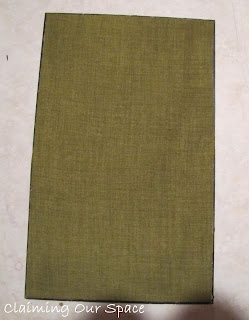 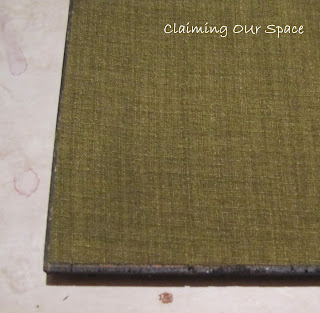 Now it was time to attach the back.  I predrilled the holes for the screws. 2 holes on each side, 1 on the top and 1 on the bottom. 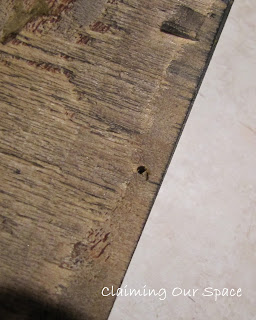 Once everything is screwed down and the back has gotten a coat of black paint, I attached a tooth hanger. I don’t think that is actually what they are called but hey, it is descriptive and you knew exactly what I was talking about before you saw the pic didn’t you? 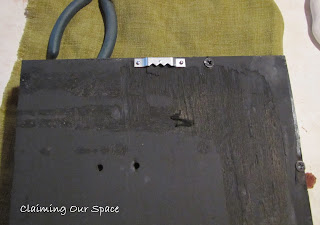 Now it is time to first up the hot glue gun.  Since this is ultimately going to be hanging on the wall, I didn’t want there to be any chance of anything coming loose.

No pics of the actual gluing since that stuff starts to harden so quickly.  But I applied a generous bead of glue about 3/4″ from the outer edge and then pressed it firmly to the fabric.

I think it turned out great. 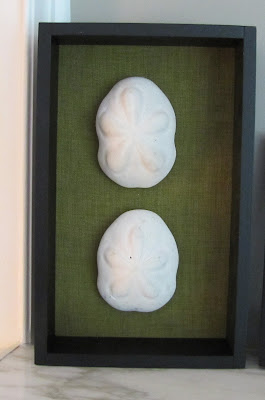 Right now it is living on my half stripped mantle.  But it still looks pretty darn good.  My mother-in-law teared up when she saw the “biscuits” displayed so nicely.  D thinks it looks pretty nice but is still not convinced about how the gallery wall is going to look. 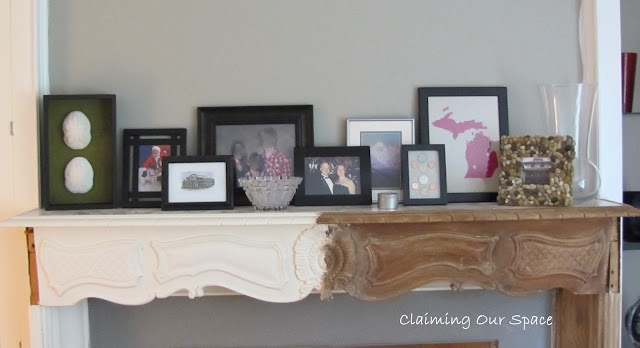 I am so happy I was able to share my Sea Biscuit Shadowbox with Arod’s readers.  Don’t forget to head over to Claiming Our Space to see her post!