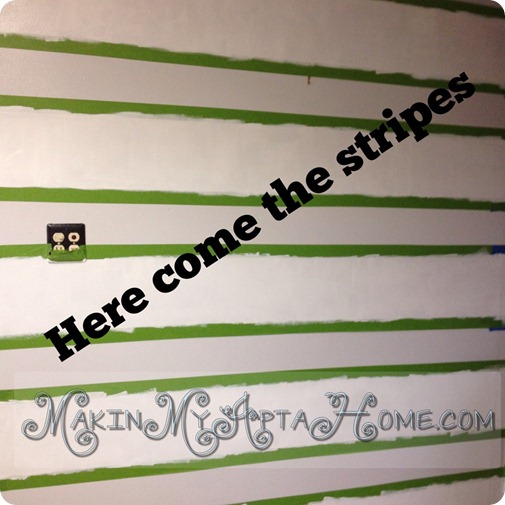 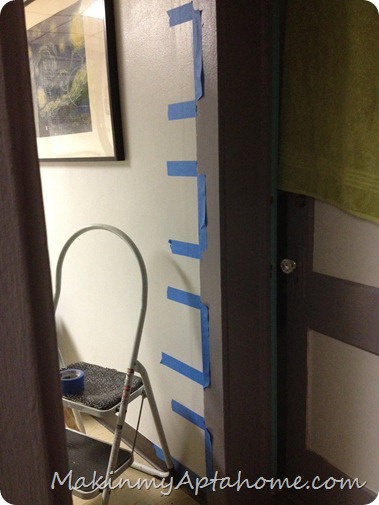 I’ve had this corner of the wall taped since I wrote above post cause I’m a tester I think I want something but I have to live with it for a while to be sure and I was sure of the stripes I just knew I needed help to tape off the wall if I wanted the tape to be straight/get straight stripes on the wall right?? lol
so I’ve been asking my daughter to help but of coarse she has always got one thing or another going on teenagers ughhhhhhhhhhh
anyway I told my daughter if her boyfriend comes over they have to tape the wall for me 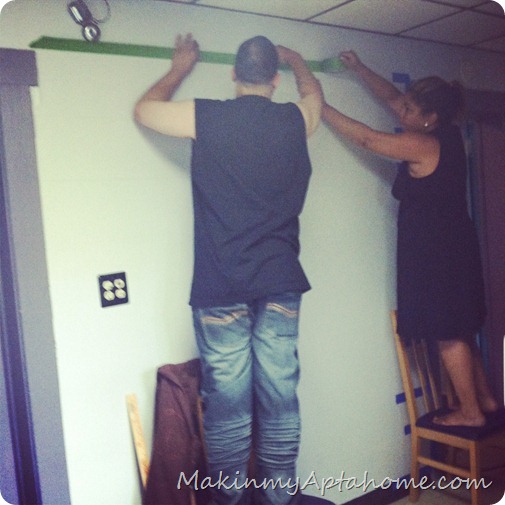 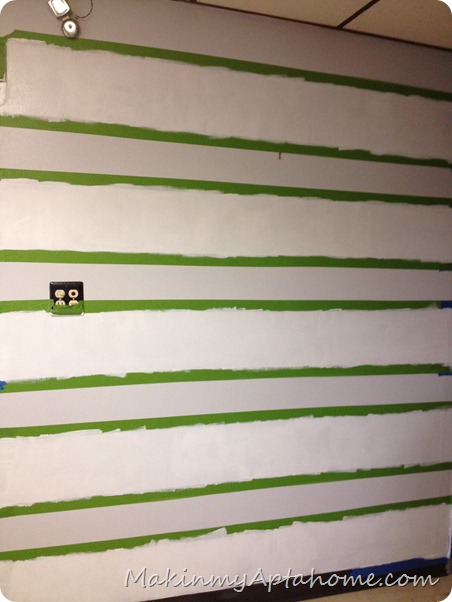 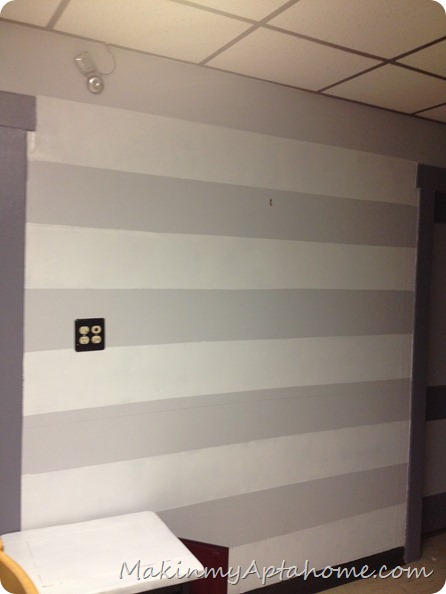 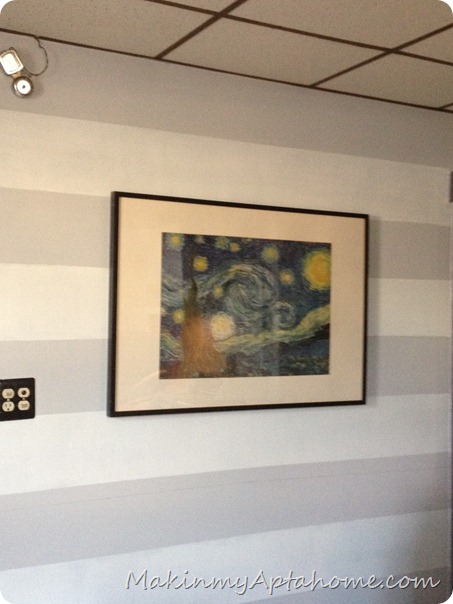 yes that mat is gonna need a spruce up now but don’t my stripes look good???
Here’s the before & after 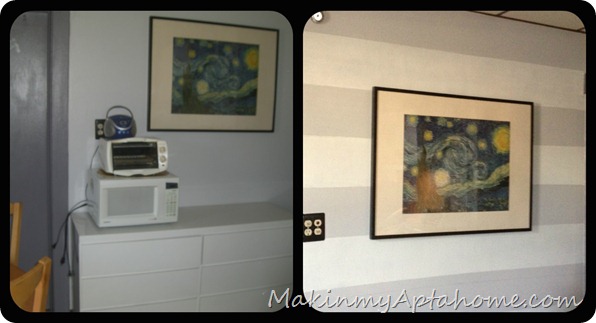